When I found out that I was returning to Spain again this summer, I started making a list of what I wanted to bring back.  Though almost anything is available via Amazon and other online retailers, there is something to be said for being able to shop in person–especially when it comes to books.  They also tend to be less expensive here, especially if you can find them in the second hand book store like ReRead which has locations throughout Spain.

I started intentionally building my FVR/SSR library in earnest a couple of years ago when I began teaching Heritage Spanish classes.  Though I had a bunch of books in Spanish, they were collected randomly over the years.  With initial guidance from Mike Peto’s blog I came to realize that I needed to add books that would specifically appeal to the readers in my class.  I’ve written about some of those choices here and here.

Below are some pics of some options I’m considering or have already added to my collection. Though I have flipped through them, I cannot guarantee that they are all appropriate for school. Some are for me first (El día que se perdió la cordura & El tiempo entre costuras), others are replacements/second copies (La chica invisible, Legendarios del fútbol, & Algo tan sencillo).  The Star Wars titles are comics and I can already foresee that we are going to have a line to sign up for those!  The Torreón, Cuentos de Animales, Spiderman & Quién Ha Sido books are collections of very short stories that I think will appeal to a segment of my students, especially those who are still developing their reading stamina.  There are some by YouTubers and Musers too that might be just the thing to connect with the kid who just hasn’t connected with anything else yet.

A special note about Blue Jeans:  the titles by this author have flown off my shelves!  They are highly popular with the high school girls in my class (and my house!), including some of the most reluctant readers.  They are THICK, in the 400+ pages range. There are multiple series:  Canciones para Paula, Algo Tan Sencillo, El Club de los Incomprendidos, and the newest, La Chica Invisible. Each series has several books, so if you find one that connects with your students–run with it! 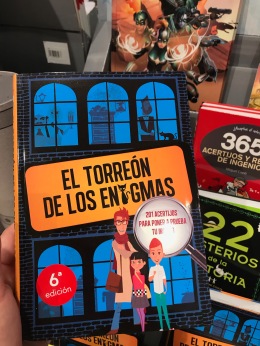 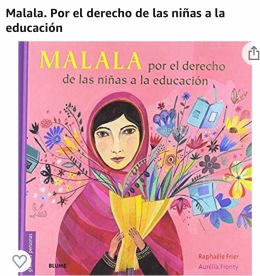 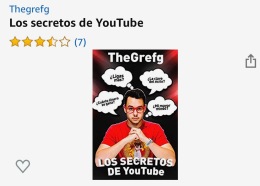 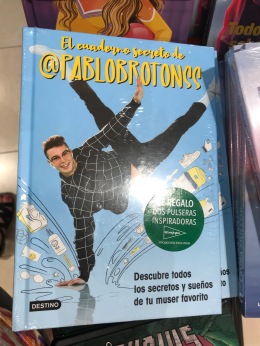 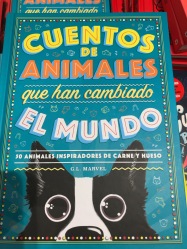 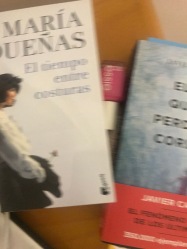 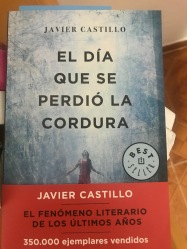 One last little nugget of joy:  when I was checking out, one of the booksellers commented on the choices I’d made and asked if I was interested in some recommendations.  What a treasure–both the list and the conversation!  Her suggestions, written on the back of a receipt are below.  Happy reading!

a #180blog To reflect on my teaching & celebrate the learning in my classroom, I will try to post 1 picture a day for the 180 days of the school year.

Stories and Ideas for Spanish Teachers

Sharing ideas from one Spanish teacher to another.

My generation of polyglots

A glimpse inside my journey of teaching Spanish

Keeping it comprehensible, compelling, and fun

Sharing my own personal experiences and ideas on teaching the Spanish language in a comprehensible, engaging, culturally relevant way.

A view from the other side of the desk.